We recently worked with Dave*, the manager of a busy Irish hotel, to pilot an innovative new back office solution, customised to meet their specific needs.

This hotel is in a prime location for business travellers so it has been exceptionally busy since its doors first opened ten years ago. It has two restaurants and a hectic bar that serves food all day and is well known for its Sunday Carvery. The hotels other main source of revenue are the large-scale corporate conferences, which are hosted in the onsite conference centre. Meetings, events and weddings are also catered for.

As more services were added to the hotels repertoire over the years, more staff were hired until eventually the management team realised that the volume of cash and number of floats going through the back office warranted some investment. It was obvious that staff were spending too much time queuing for floats, counting, recounting, exchanging and depositing end of day takings. 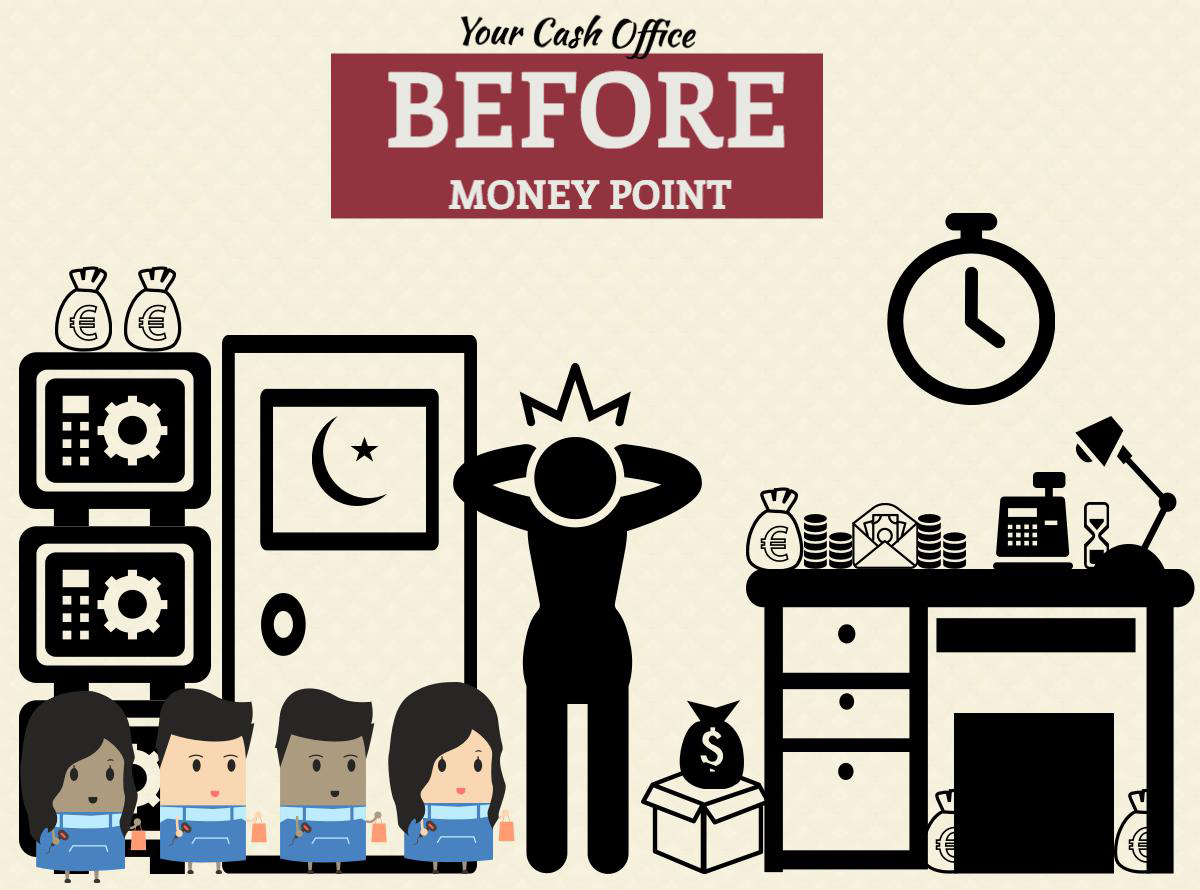 There were two full time people managing the cash in the back office and they were barely coping.

A process overhaul was needed and Dave was looking for a high tech solution to replace the entirely manual cash management system that they were using.

‘We remembered a Money Point sales person demonstrating a cash recycling machine at one of the hospitality trade shows a few months previously and it was obvious that she really knew her stuff!

At this point there was an average of seventy thousand coins and fifteen thousand banknotes going through the cash office each month and a decision was needed on whether to hire an additional person or upgrade the cash handling technology to a high capacity solution.

The two people working in the back office were using old desktop coin and note counters, which were not designed for large volumes of cash. All counts and float transfers were being manually recorded and so were susceptible to human error.

A key issue here was a lack of traceability; two staff members often shared the same float during a shift and it was also often the case that a manager would withdraw multiple floats to pass on to the relevant staff members. This meant that as well as being able to track the staff member, Dave needed to be able to track the actual float and see who had withdrawn it and who had deposited it.

"The staff at Money Point took the time to listen to our issues and talked through several possible solutions. We especially liked the fact that they recommended carrying out a full process map so that tailored solutions could be built to meet our needs."

The European Central Bank has also approved both machines.

Because of the unique way that this hotel handled their cash floats, some software customisation was required to enable both the cash floats and the employees that handled them to be tracked.

There was no ‘off the shelf ‘option available to manage a situation like this but after some adaptation we were delighted to be able to provide a working solution.

We were also delighted to be able to create reports for Dave to show start of day balances, transactions and end of day balances for each individual cash float and every employee that handled the cash float, during a specific time frame.

A ‘Bag Collections Breakdown’ report showing CIT collections was also set up so that each transaction could be tracked separately, using the tamper proof bag ID.

"It’s early days but we can already see the benefits in timesaving’s alone! As our staff familiarised themselves with the new technology, the team at Money Point were there to help us every step of the way. When everything has been factored in, we will start seeing a return on our investment even earlier than we expected. We would have no hesitation in recommending Money Point for cash handling solutions in any hospitality environment."

*Names have been changed to maintain customer confidentiality.

Calculate the savings your business can make

Use our ROI calculator

We are proud to have helped these leading businesses to be even more successful!