Every year, millions of "fake" notes are passed over retail counters. The majority are not identified as counterfeit until they're examined by a bank.

Often retail staff aren’t trained on how to tell the difference or they rely on the simplest of all anti-counterfeiting tools; the counterfeit pen.  Unfortunately, relying on the pen alone is not going to catch anyone other than an amateur, printing money on a laser printer.

Counterfeit pens contains a tincture of iodine as ink which, when drawn over a legitimate note, will make a temporary amber mark.

The iodine will react with any starches present in the paper.

Starch is the primary component used to make white paper look brighter. Most commercial paper, made from wood pulp, is brown unless bleached and starched.

If there is starch present in the paper then the mark will be dark brown or black and will not fade, indicating that the note is suspicious.

The problem with relying on the pen alone is that sophisticated counterfeiters may not use paper that contains starch. Instead they may obtain or replicate paper that is made from cotton fibres like those used in genuine currency, worldwide.

Another method is to obtain actual currency paper.  While this is not usually an available option for the average counterfeiter, large scale operations often do have access to starch free cotton fibre paper.

It is vital that you know the limitations of any devices you are using to detect counterfeit currency and it is advisable not to rely on only one method.

It is also imperative that anyone handling cash in your business is familiar with the security elements of the notes they are handling. More information on the latest design and security features of Euro banknotes can be found at http://www.new-euro-banknotes.eu/

Ultra Violet lights are also a widely used counterfeit detection method but it is has been found recently that counterfeiters are painting sun block type solutions on the fake notes to ‘fool’ the bulbs.

The goal should be to put as many obstacles as possible between the counterfeit note and your back office.

So What Should I Buy?

The most effective counterfeit detection strategy is one that employs multiple detection methods. 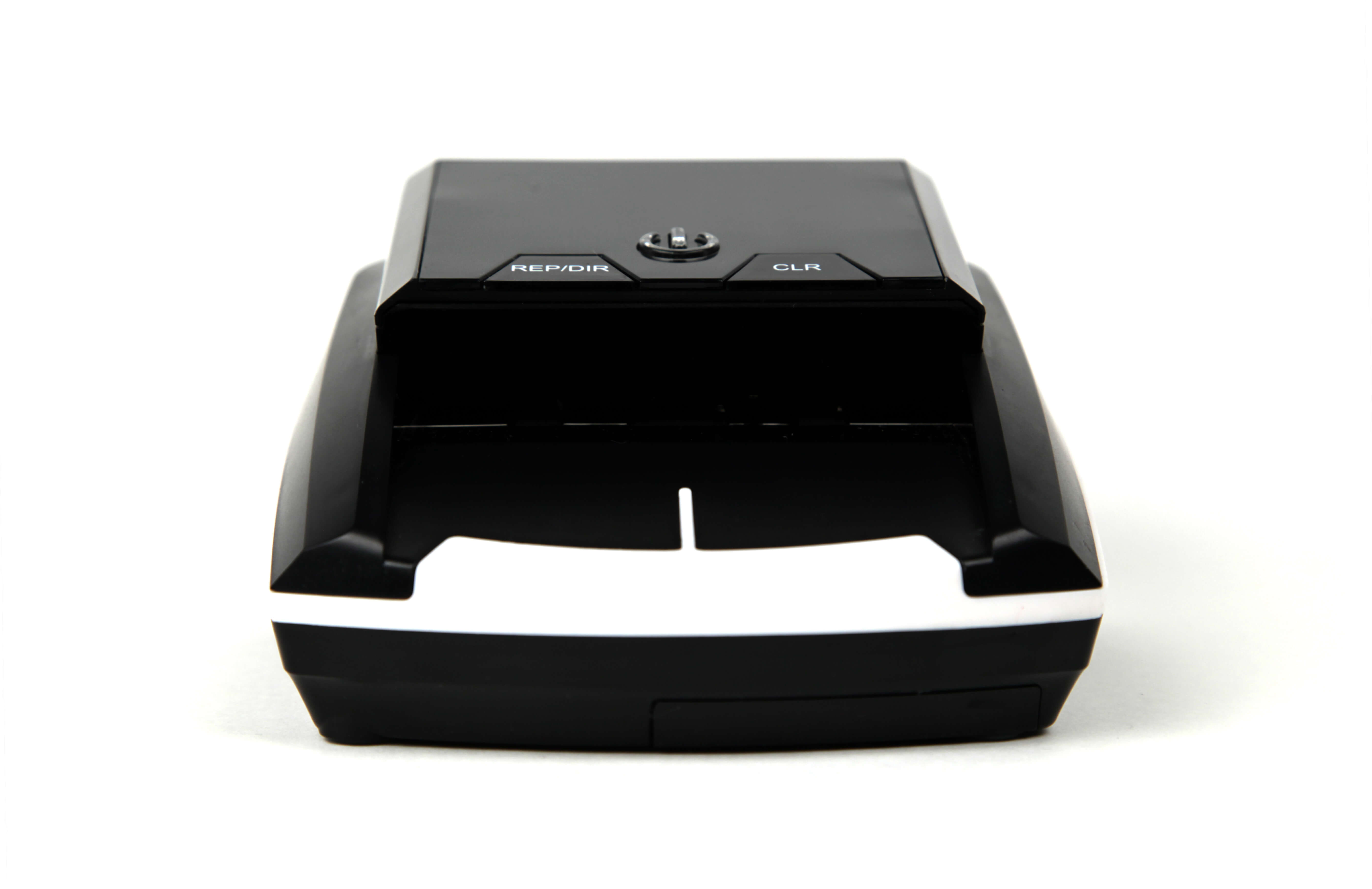 Infrared is essentially invisible to the human eye. Paper money with Infrared Ink (IR) requires a scanner which can render IR visible to the human eye. Under infrared light, on the front of the ES2 banknote, only the emerald number, the right side of the main image and the silvery stripe are visible. On the back, only the value numeral and the horizontal serial number are visible.

Find the right product for your business

Use our simple wizard