Since the introduction of the euro in Ireland on the 1st of January 2002, interest in our old Irish coins has increased, along with their value.

If you are old enough to remember our pre euro coins, you may recall the Irish halfpenny or ha'penny as it was known. Here's why you should always check your change, at home and abroad!

The modern Irish halfpenny was first circulated in 1971. The coins struck in the earlier years do not have any significant value. However coins that were minted in 1985 and 1986 are a different story.

The ha'penny was demonetised in 1987 with reduced mintage in the preceding years so these coins are harder to find and therefore more valuable.

Further information on how coins are graded can be found on the Irish Mint Offices website at; https://www.dublinmintoffice.ie/learn/minting-quality-hints-and-tips and at http://irishcoinage.com/GRADE.HTM

The reason that the 1985 version is worth considerably more is because although more coins were minted, most were not released and are therefore much harder to find.

According to the O'Brien Coin Price Guide;

"Although there were 2.8m halfpennies minted in 1985, most of these were withheld by the Central Bank of Ireland and did not circulate. Survivors are quite rare.

In 1986, only 6,750 halfpennies were struck and these were produced for a BU set. None of these coins circulated but, due to gum seepage on the packaging, many collectors broke up these sets and the individual coins are available to collectors." 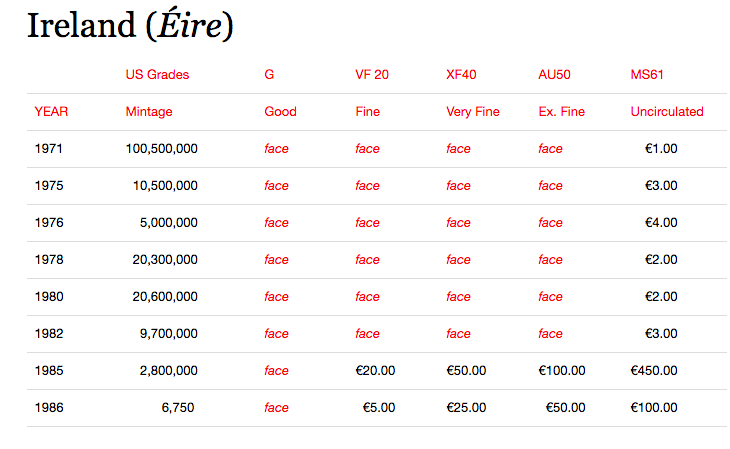 However, according to IrishCoinage.com, there were actually a lot more ha'pennies minted in 1986 for these sets, 19,750 to be exact, with a lot of the sets sold to tourists as souvenirs so check your change when you're on holidays too!

"**In 1986 the Central Bank produced a specimen set of normally struck uncirculated coins (often incorrectly referred to as proofs) to coincide with the introduction of the 20 pence coin. As not all denominations were required in circulation quantities the halfpenny, the 10 pence and the 50 pence were only minted in small quantities to facilitate the production of these sets. These denominations and the sets containing them are consequently scarce. Many of the 1986 sets sold into the Irish tourist industry for sale to visitors looking for souvenirs before the local collecting community was aware of their existence - consequently many turn up in the US and Europe." 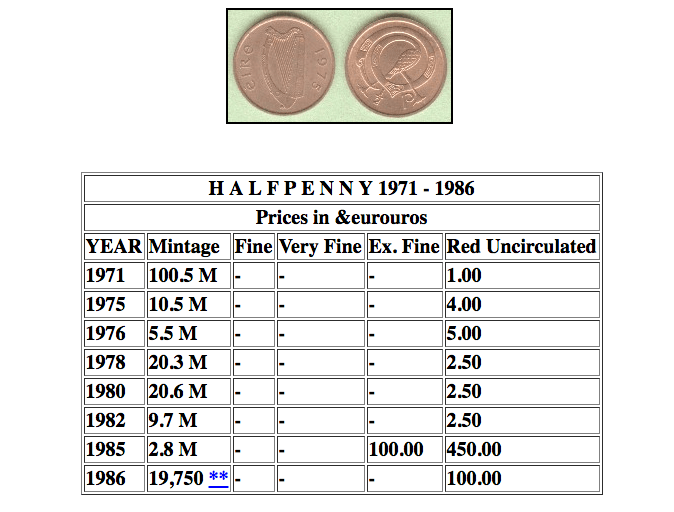 Even if the real value of these coins is closer to the lower estimates, it’s probably still worth double checking your change!

Have you found one of these coins? Let us know by tagging us on twitter with @MoneyPointLtd !

If you are old enough to remember our pre euro coins, you may recall the Irish ha'penny. Here's why you should always check your change, at home and abroad! https://t.co/UyZY6Zp58a #coins #cash #moneypoint #checkyourchange #IrishMoney pic.twitter.com/7z8C5r3Y4X

"Preparing deposits to go to the cash centre is so much quicker with CashMan™ software. The amount of queries and errors has reduced dramatically."

"We trebled the volume of cash being processed by introducing CashMan™ software and linking all of our note sorting machines."